When You Need to Solve a Problem 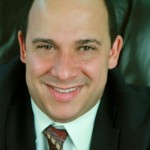 (excerpted from Taking Your Place at the Table: The Art of Refusing to Be an Outsider, Morgan James Publishing, 2017)

When you need to solve a problem, call to the table people with the necessary skills. Don’t just call people with good intentions.

This is the fundamental principle for solving any problem. Yet in practice, it’s often overlooked—especially in federal and state legislatures, where the prevailing idea is When there’s a problem, the best people to solve it are politicians.

I’ve been very closely involved with the health care industry all of my life. I’ve been a patient, a volunteer, a caregiver, a manager, a home care business owner, an advocate, a social worker, an adviser to federal and state legislators, a lobbyist, an organizer, and an association president. Because I lived for two decades in Canada and almost three decades in the United States, I’ve been able to closely compare the different health care systems. I’m in a unique position to see what can work in the U.S.—and what never will.

Let’s start with something that won’t work: Obamacare. It had noble goals, but it simply didn’t work very well in its first couple of years of implementation. Its predecessor, the Massachusetts-based Romneycare, didn’t work very well, either. Neither the Democratic Obama nor the Republican Romney recognized their programs’ primary flaw: each one forced large numbers of people to pick a health care plan they didn’t particularly like.

The problem behind both Obamacare and Romneycare is that they were created primarily by politicians—people who don’t fully understand the economics of health care.

The job of designing any state or national health care program should be delegated to people who design health care plans for a living: actuaries. We’ll come back to these people shortly.

In order to fix the American health care system, we need to start not with something that doesn’t work, but with something that does. The United States already has an excellent health care program: Medicare. Americans are very happy with Medicare. I don’t believe an American has ever said to me, “Medicare sucks. When I turn 65, I’m not going anywhere near it. I’m buying my own private insurance instead.”

So, one part of the solution is to take an already popular program—Medicare—and make it available to everyone.

If this idea makes you uncomfortable because it’s socialized medicine, get over it, because Americans really, really like Medicare. If you think they’re wrong to like it, then for the next month try telling everyone you know, “We need to take Medicare away from our elderly neighbors, because it’s socialism.” Then let me know how things work out for you.

On the other hand, if you’re thinking, Wait a minute, JB. Medicare’s going broke. It’s not sustainable, you’re completely right. We can’t have a health care system that goes broke. So we need to fix the economics behind Medicare.

That’s what our politicians probably won’t do. But a group of competent actuaries can.

Making Medicare sustainable isn’t rocket science. Just call to the table a nonpartisan (or bipartisan) group of experienced actuaries. Say to them, “Figure out what American workers and employers can reasonably afford. Then, based on that amount of money, figure out how much health care we can pay for. Design a bunch of different programs around those numbers, and make sure each program pays for itself. Then bring us all the options and we’ll pick one.”

I don’t know what the actuaries will come up with. But any plan they come up with will stay solvent—and will give every American citizen reasonable health care coverage. Our current system does neither.

I’m sure that some aspects of Medicare will need to change. Maybe it will eventually kick in at age 67 rather than 65. Maybe the cost of the plan will need to go down gradually between the ages of 64 and 70. Maybe some things that are currently covered will need to become optional, for an additional charge. Maybe the market for Medicare supplements will expand to cover people of all ages. This is all fine, so long as the plan is based on solid economics, not ideology.

Whatever plan gets implemented, it will surely need tweaking. That’s fine, too. People will be very vocal, and very public, about what works and what doesn’t. Congress can listen to them for a couple of years, then bring the actuaries back to the table and say, “Here’s what people are saying. Come up with some fixes.” And they will.

Some years ago, the University of Wisconsin built a group of new buildings around a large open area. Once the buildings were ready to use, they did something—or, rather, didn’t do something—that I consider genius. Instead of putting in walkways, and trying to force people to walk in certain patterns, they left the area bare for an entire academic year. During that year, the university’s planners paid close attention to where people actually walked.

The next summer, when they put in the walkways, they were exactly where they needed to be, because they weren’t based on some planner’s grand idea, but on the real people who schlepped back and forth across the open space.

At the age of six, Joseph Bensmihen walked into Prime Minister Pierre Trudeau’s office, asked for an immediate meeting with him, and got it. Five years later, he was the first disabled Canadian student to be mainstreamed in a public school.

As an adult, JB has been a highly successful business owner, an advisor to

many members of Congress, the former President of the Private Care Association, a highly sought-after speaker, and a strong advocate for the disabled. He lives in St. Petersburg, Florida.

For more information about JB and his book, visit www.takingyourplaceatthetable.com.