Coffeytalk weekly newsletter (Wednesdays):
Since November 2004. Ancient Wisdom meets Modern Style. Topics of interest to Cultural Creatives. Innovative ways to learn, grow, and better our world. Written by Lissa Coffey, featured on The Today Show, and in Redbook magazine and other publications. See some of the past Coffeytalk archives here.

Wisdom News (Monday through Friday):
Since October 2001. Words of wisdom from great minds throughout time, and commentary about how to apply this knowledge to our modern day lives. A wonderful way to start the day. (See thank you notes and testimonials from subscribers online). Also, see some of the past Wisdom News archives here. 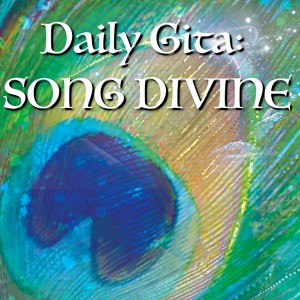 Daily Gita (Everyday):
The Bhagavad Gita is a holy book for all times, places and cultures. It doesn’t belong to one person, nor does it address any one group of people. It is a scripture for all the world and everyone in it, wherever they are in their spiritual quest.

The excerpts in the Daily Gita are from Song Divine with Commentary: A New Lyrical Rendition of the Bhagavad Gita, by Lissa Coffey.

You will receive one message a day for 365 consecutive days. Each verse contains beautiful seeds for meditation and contemplation. May these verses guide you and inspire you. 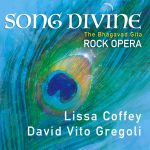 Song Divine Music:
The Bhagavad Gita is the second-best-selling book and the second-most-translated book in the WORLD after the Bible. It was originally written in Sanskrit as a song, to be memorized and passed down through generations. When the Bhagavad Gita (Divine Song) is translated into English, it loses its rhythm and rhyme. Best-selling author and award-winning songwriter Lissa Coffey brought the beat back to the book with her lyrical, English language rendition of the Bhagavad Gita titled “Song Divine.”