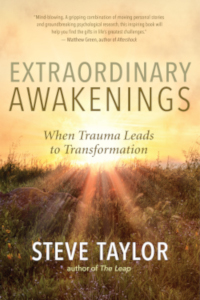 An Excerpt from Extraordinary Awakenings by Steve Taylor

A famous story in Buddhism is the parable of the mustard seeds. A young woman named Kisa Gotami was grieving the death of her baby son. She carried his body from house to house, pleading for some medicine to bring him back to life. One of her neighbors advised her to go see the Buddha, who asked her to bring him a handful of mustard seeds. The only condition was that, in the Buddha’s words, “The mustard seeds must be taken from a house where no one has lost a child, husband, parent, or friend.”

Kisa Gotami returned to her village and went from house to house again. But of course, she was unable to collect any mustard seeds, since every family had suffered a bereavement. By the end of the day, the mother realized the impermanence of life and the inevitability of death. As the Buddha expressed it, “The life of mortals in this world is troubled and brief and combined with pain. For there is not any means by which those that have been born can avoid dying…Not from weeping nor from grieving will anyone obtain peace of mind; on the contrary, his pain will be the greater and his body will suffer.”

This parable is so powerful not just because it illustrates the universality of death and bereavement but also because it suggests their transformational effects. Kisa Gotami’s acceptance of death transformed her perspective on life. According to the parable, she became a disciple of the Buddha and was his first female follower to attain enlightenment.

Bereavement is the most common type of severe trauma that human beings experience. Most of us have never experienced the trauma of combat or imprisonment, but — as the parable reminds us — every single one of us has experienced the trauma of bereavement. (If you are young this might not be the case, but not for long.) When people die in old age, it seems natural and right. It may even seem like a blessing, if a person has become severely ill or mentally impaired. But when people die before their time, particularly in childhood, it seems incredibly tragic and unjust. Understandably, some people may never recover from the grief of their bereavement and spend the rest of their lives in a state of depression and trauma.

Precisely because bereavement is such a traumatic experience, it holds enormous spiritual potential. When a person close to us dies, everything changes radically. Our seemingly stable and orderly lives are thrown into disarray, as if a tidal wave has swept through and washed away every structure. Suddenly the world seems an unfamiliar place, pervaded by emptiness and loss. Our seemingly stable sense of self is broken down. We are no longer sure of who we are, since our identity was bound up with the person we have lost. All our beliefs, hopes, and ambitions seem meaningless and dissolve away.

And it’s because bereavement has such a dramatic and powerful effect that, like imprisonment, it is so closely associated with spiritual transformation. We have already seen — for example, in the cases of Adrian Troy and Ed Little in the last chapter — that acceptance is an important factor in Transformation through Turmoil (TTT). Understandably, many people find the death of loved ones difficult to accept and adjust to (particularly in cases of tragic early death) and so don’t move beyond grief into growth and transformation. But when people do acknowledge and accept the death of a loved one, the transformational effect is usually very powerful.

When psychologists began to research post-traumatic growth (PTG) in the late 1980s, they quickly recognized that bereavement is one of its most significant sources. In one of the first studies of PTG in 1986, the psychologist Stephen Shuchter studied a group of widows and widowers who had lost their partners about two years earlier. Most of them felt that they could see life from a wider perspective, that they were less affected by trivial worries and more appreciative of important things. They felt that they had become more sensitive, more self-reliant, more open, and more spiritual in their everyday lives. Similarly, in a 1998 study of 312 people who had lost loved ones about a year previously, psychologists found that around a third of the group felt more mature and confident in their lives and that they had better communication skills and improved relationships.

Research has shown that these benefits can occur even with the most tragic of deaths, including the loss of children. In a study of bereaved parents, the psychologist Dennis Klass found that, following a period of adjustment and acceptance, many of them felt that their lives had become more authentic and meaningful. Some described a process of spiritual transformation, with an awareness of “connections with that which transcended the physical and biological world, and with their perception of an underlying order in the world.” Similarly, in 2002 psychologists studied a group of parents whose children had been murdered. Even in these terrible circumstances, the researchers found that for some people the bereavement had led to profound personal growth, with increased self-reliance, compassion, and inner strength, along with a greater appreciation of life. 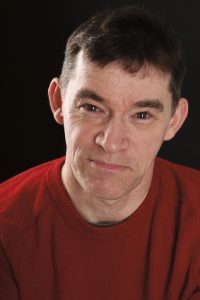 Steve Taylor, PhD, is the author of Extraordinary Awakenings and many other bestselling books. He’s senior lecturer in psychology at Leeds Beckett University and the chair of the Transpersonal Psychology Section of the British Psychological Society. Steve’s articles and essays have been published in over 100 academic journals, magazines, and newspapers and he blogs for Scientific American and Psychology Today. Visit him online at www.StevenMTaylor.com.

Adapted from the book from Extraordinary Awakenings: When Trauma Leads to Transformation. Copyright ©2021 by Steve Taylor. Printed with permission from New World Library — www.newworldlibrary.com.