Secrets of the I Ching 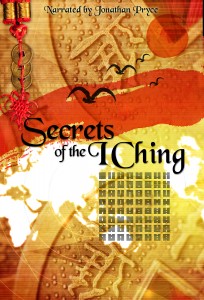 In her documentary, THE SECRETS OF I CHING, filmmaker Bettina Wilhelm goes in search of the life and achievements of her grandfather, Richard Wilhelm, by following in his footsteps through China and Europe. She combines historical exposition with pictures of China today in pursuit of the essential theme of Richard Wilhelm’s life: to discover how the great truths and wisdom of mankind can outlast historical change and continue to retain their relevance. Richard Wilhelm was fascinated by the cultural heritage of the universal wisdom he discovered in the Chinese classics. With his translations he tried to impart these Chinese cultural treasures, so that Europe and the West might meet together, eye to eye and on a par. Wilhelm’s indefatigable efforts and the fascinating texts he made available, give the film a longlasting vibrancy.

Richard Wilhelm came to China as a young missionary, where he soon set up a mission that went against conventional expectation. He did not baptize a single Chinese. Instead he strove towards an understanding of Chinese thinking. China was being bled to death by the colonial powers and Richard Wilhelm experienced at first hand revolts against foreigners, the passing of the imperial-dynasties and the First World War. During a time of such turbulent upheaval, he searched relentlessly for the deepest truths that might enable people to deal with the changes and to shape their own lives. He accomplished some of the greatest works of translation of the 20th century: CONFUCIUS, LAOTSE, other classical texts of DAOISM and, most importantly, the I CHING, THE BOOK OF CHANGES. This book has served as an inspiration for many readers. Even today, Wilhelm is considered one of the most distinguished mediators of Chinese culture in the West.

Whilst Wilhelm’s translation of Confucius and Laotse arose from his own personal quest, it was a Chinese scholar who drew his attention to the I GING, THE BOOK OF CHANGES, one of the most complex works of Chinese culture and philosophy. Like other imperial magistrates in 1911 after the decline of the empire and China’s transformation into a republic, the scholar had taken refuge in the German leased territory of Qingdao. Wilhelm was both fascinated and worried by the tremendous changes taking place in China and in the world at large. Like C. G. Jung, with whom he was friends from the 1920s, he searched for universal wisdom that could withstand historical change. It was Wilhelm’s translation of the I Ging, transcribed from German into English, which lead to the wide circulation in the West of The Book of Changes and to its being held to be one of the greatest and most relevant of classical Chinese texts.

Born in Stuttgart in 1873, Richard Wilhelm went to Qingdao in 1899 as a young missionary with the East Asia Mission at a time when the territory was leased to Germany. He founded a school there, which still exists today and bears his name, as well as a hospital.  He was an unusual missionary for throughout his entire life he never baptized a single Chinese. Instead he allowed himself to be converted to Chinese wisdom. The times he lived through were turbulent. In 1900 the so-called Boxer Rebellion broke out against foreigners who had colonised the country. During this period, Wilhelm was no mere observer. When German troups attacked Chinese villages he, together with a Chinese doctor, intervened as negotiator thus avoiding further bloodshed.  In 1911 he experienced a tremendous turning point in Chinese history when the country became a republic after more than two thousand years of empire. During the first World War, Germany had lost its Chinese colony and Qingdao was occupied by the Japanese. In the face of dire conditions, Richard Wilhelm retained his ironic sense of humour, enabling him to observe events as they unfolded with relative objectivity. In 1920 he returned to Germany for a short period, where he met with C. G. Jung, Albert Schweizer, Hermann Hesse and Count Keyserling. Once more he spent two more years in China, this time not as a missionary but as scientific advisor to the German embassy and a visiting professor at the Beida, the University of Beijing.  In 1924 he assumed the first chair of Sinology at the University of Frankfurt, where he also founded the China Institute to further cultural exchange and research into the most profound truths that unite different cultures and periods of time. His friendship with C. G. Jung deepened, with whom he published the book, THE SECRET OF THE GOLDEN FLOWER.

Richard Wilhelm died in 1930 at the age of 56. He is buried at the graveyard of Bad Boll in Swabia. The eight symbols, which make up the cornerstone of the I Ching, surround his grave.

I CHING – THE BOOK OF CHANGES

For some time the I Ching has not only been known by experts, but from the 1970s in particular by a broader public as well. The I Ching is one of the oldest books of mankind, whose oracle was consulted by Chinese emperors since more than three thousand years ago whenever important decisions had to be made. In the course of succeeding centuries it was augmented by the flower of Chinese wisdom in the form of added commentaries by great scholars. Thus it became the fundamental philosophical text of Chinese culture. One might compare the significance of the I Ching in China with that of the Bible in Christian cultures. In the West Richard Wilhelm’s translation of the Book of Changes influenced a whole generation during the 1970s, who were seeking a deeper understanding of life. It remains a “perennial,“ which is reprinted over and over again.

THE SECRETS OF I CHING, is narrated by internationally acclaimed award-winning actor, Jonathan Pryce, known for his outstanding performances on both stage and screen, including the lead in Brazil, Glengarry Glen Ross and Age of Innocence, as well as James Bond villian Elliot Carver in Tomorrow Never Dies, and most recently The High Sparrow in HBO’s Game of Thrones.

THE SECRETS OF I CHING is currently available on VOD at DirecTV and Dish; Digital platforms include Google Play, Amazon, MicroSoft, Vudu, Vubiquity and Hoopla.