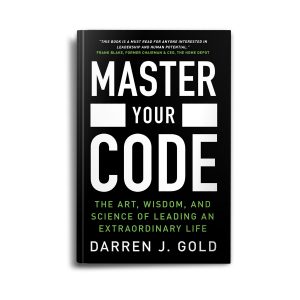 Over the past two decades, there has been a quiet revolution in the fields of psychology and neuroscience challenging two fundamental assumptions. The first is that humans are hardwired to experience emotions and that emotions happen automatically. Unless you’re a saint, if you’ve been honked at by a rude driver, you will have seen this firsthand. You will have experienced reacting in a way that feels completely automatic (and likely regrettable). This is certainly what seems to be happening. The proximity between stimulus (the honk) and reaction (anger) is so close that your perception was that you had no choice but to react in a certain way. To make sense of this experience, you likely have attributed this phenomenon to the myth that humans are emotion- ally hardwired.

This is understandable. Early humans who were able to band together effectively increased their likelihood of survival. Evolution favored traits that let people be accepted by and remain part of the clan. In essence, get- ting excluded from the tribe was an almost certain death sentence. As a result, your brain has evolved to recognize threats to your social status and to respond in ways that protect you from risk to your psychological safety. In fact, brain scans show that when you feel excluded or rejected, the part of your brain associated with physical pain—the anterior cingulate cortex—lights up. Hence, as we saw in chapter one, when someone looks at you a certain way or makes a disparaging remark, your amygdala is triggered and institutes a fight/flight/freeze response, releasing the hormone epinephrine and instigating a series of physiological responses. This reaction, known as the amygdala hijack, in turn impairs your most sophisticated mental capabilities—your ability to think rationally, to be creative, to problem solve, to exercise self-control. What started out as an essential survival adaptation—to keep you safe from physical harm or to keep you included in the tribe—has become a major limitation to effectiveness in modern-day life.

So while there may be something to the notion of hardwiring, the truth is far more nuanced and interesting. Your brain is a prediction machine, continuously comparing new stimuli to past experience and making guesses about what action your body should take based

on those comparisons. Beginning in early infancy, your brain begins to construct rules or beliefs for each cate- gory of experience, and they get embedded in your pro- gram. Over time, these rules solidify, and you think it is just the way things are—the way you are wired. Driver honking at you equals someone treating you unfairly, which means you must be angry.

One of the leading researchers in this area, Lisa Feldman Barrett, has arrived at a profound and revolutionary conclusion challenging the myth that humans are hard- wired:

Our emotions aren’t built-in, waiting to be revealed. They are made. By us. We don’t recognize emotions or identify emotions: we construct our own emotional experiences, and our perceptions of others’ emotions, on the spot, as needed, through a complex interplay of systems. Human beings are not at the mercy of mythical emotion circuits buried deep within animalistic parts of our highly evolved brain: we are architects of our own experience.8

The second fundamental assumption being challenged is the view that what you perceive through your senses—primarily sight and sound—dictates the way you feel. In reality, it is mostly the other way around. We touched on this notion in chapter one with the introduction of polyvagal theory—the idea that your central nervous system is constantly scanning your internal state to detect physiological markers that suggest potential threats to your social safety. You continuously experience countless sensations in your body—the result of your glucose levels, breathing rate, lack of sleep, etc. Your brain’s process of registering and integrating changes in

these sensations is known as interoception. Interoception influences what external sensory input you pay attention to. If sleep-deprived and hungry, you will experience the same situation completely differently than you would if well-rested and fed. Again, Barrett does a wonderful job of summarizing this for us:

You construct the environment in which you live. You might think about your environment as existing in the outside world, separate from yourself, but that’s a myth. You (and other creatures) do not simply find yourself in an environment and either adapt or die. You construct your environment—your reality—by virtue of what sensory input from the physical environment your brain selects; it admits some as information and ignores some as noise. And this selection is intimately linked to interoception.9

The implications of this paradigm shift in under- standing human behavior are massive. The sum of your genetics, childhood experiences, culture, neurophysiology (including the anatomy of your brain and, more importantly, your physiological state) all help shape your program and, in turn, how you behave. Your brain uses the rules of your program to make predictions about what actions are most appropriate for any given stimulus. This understanding is revolutionary, and it’s good news. While it is certainly understandable to feel as if certain behaviors are automatic, you nevertheless have the capacity to control every response to every situation. The question now becomes what you can do to master your code (including your physiology) so that the actions you take are more consistent with the choices you would like to make. Since you are truly the architect and author of your experience, you have the possibility (and dare I say responsibility) to create the conditions that will allow you to construct a different way of perceiving and reacting to your circum- stances. The bad news? No more excuses! 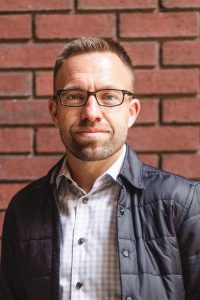 Darren Gold is a Managing Partner at The Trium Group, where he advises and coaches CEOs and leadership teams at many of the world’s most innovative companies, including Roche, Dropbox, Lululemon, Sephora, Cisco, eBay, Activision, and Warner Bros. He is the author of the new book Master Your Code: The Art, Wisdom, and Science of Leading an Extraordinary Life. Learn more at www.darrenjgold.com.