The Madonna Complex: Why Your Man Won’t Have Sex With You Because He Prefers Pornography 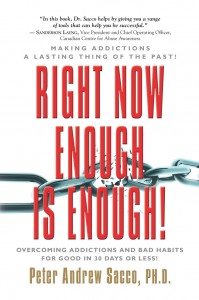 Have you ever heard of the Madonna complex? It has nothing to do with Madonna the entertainer.  It is not some catchy “pop” psychology concept which sprung up overnight. Its legacy can be traced back to Sigmund Freud, the great Psychoanalyst and his psychosexual theories. Freud was a major believer in the notion that all human behaviour –wishes, dreams and gratifications, had a strong psychosexual basis.

Freud was big on transference, treating someone else like someone already close to you in your life. In this case it is mom. Gee, sounds a whole lot like the movie ‘Psycho’ and hit TV series ‘Bates Motel’ doesn’t it? By the way, I love both of them, and I also love my mother, but not the way Norman does. Just saying!  This transference prevents a man from having sex with his wife, for one of these two reasons:

1) His wife reminds him too much of his mother, whom he reveres, holds sacred and views her with untarnished purity.

2) His wife reminds him of his mother who hurt, neglected or mistreated him as a child and he despises her.

In either scenario, his wife vicariously becomes the physical re-incarnate of his mother (No, she is not stuffed or taxidermied!). There is not a snowball chance in hell of her receiving the physical attention she yearns for. You see, most men who select wives who remind them of the mothers, eventually end up despising their wives because they remind them too much of their moms and in many cases, they are not even physically attracted to them. Instead, the women serve more as companions or comfort figures –

mothers, sisters or nurturers who make the men feel secure in the relationship.

The attributes of the Madonna complex can be traced back to both European and Latin American roots. Marianismo is a term often linked to the Madonna complex. The concept is derived from the Roman Catholic belief that the Virgin Mother Mary was both a virgin and the lady Madonna. The theme surrounding Marianismo is moral virtue which places women on a somewhat semi-divine level. When discussing women in the context of Marianismo, they are represented as being morally superior to men. I bet some women are chuckling to themselves, saying, “I told you so!” The purity that woman are said to possess makes them spiritually stronger.

Marianismo also asserts that women are the physically weaker, gentle, docile and the passive gender. Women are “softer” in both their physicality and in their personalities. As a result of this, men are the aggressors when it comes to sex. Even though most women long to have children, men tend to be the aggressors who, “hunt”, “stalk”, “chase” and pursue their mates. Interestingly if you examine ‘stalking laws’ and stats for stalkers, exponentially more men continue to stalk women.

Even though things have greatly changed in today’s society – women being more assertive, aggressive and dominant when it comes to selecting and pursuing mates, in many parts of the world, even in North America, the virtue of women still being the weaker more passive of the two in terms of relationships is very much alive, well and the norm. Unfortunately, this is still portrayed in many soap operas, novels and of course pornography, which I will get to in a bit.

When look at Marianismo in today’s society, the following is often seen and expected in too many marriages and relationships:

1) Husbands are expected to respect and maintain the sanctity of his wife’s purity.

2) Husbands are expected to view his wife as a passive individual and she is expected to remain passive — physically, sexually and in major decision making.

3) Husbands are expected to abstain from all sexual activities with his wife unless it is for the purpose of procreation.

4) Husbands are expected to nurture his children and remain spiritually pure to set an example for the children.

5) If  a hubby feels the needs to “have sex”, then outside affairs are in order to preserve his wife’s purity, his wholesome intentions for her while at the same time satisfying his sexual cravings and massaging his male ego.

Remember folks, this is based on old school beliefs, ideologies and practices. Mercifully it has changed to embraced equality between the sexes, but too many still subscribed to these beliefs.

Then there is ‘Misogyny’, the other side of the Madonna complex coin. Misogyny is a loathing and hatred for women by men and even other women, just because they are female. Back in ancient times, there was this hateful perception of women. It was then that women were treated as second class citizens – not as valuable or revered as men (Sadly, this still happens today around the world and should not be tolerated!). In fact, the famous philosopher Aristotle once postulated women are nothing more than non-perfect men.

Misogyny depicts extreme animosity, even hatred against women. Misogyny is perpetuated in many different facets in today’s society. With the advent of multi-media and “other” new forms of entertainment, you can find it rampant still in television shows, movies, books, commercials, and especially pornography. Is it any wonder violence against women still occurs at such a high rate?

Men with the Madonna complex are trapped in dichotomous thinking; Women are either purely good, or women are purely evil (raunchy). Worst of all, when men think in such polarized terms, it is because they view life in general through these polarized lenses. The ramifications of this can prove detrimental down the road in his relationships or marriage.

With the Madonna complex, sex after marriage defiles the expectations of what a wife is suppose to be and often times the relationship develops major functional issues.  Infidelity often occurs because of sex and intimacy issues within the marriage.  A husband seeks sex with a “whore”, while a wife seeks sex with someone who is going to meet her needs emotionally –Intimacy! 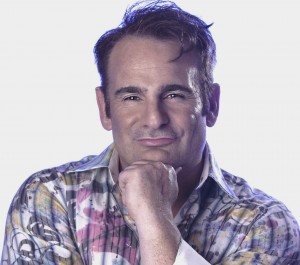 Dr. Peter Andrew Sacco is the author of many books including his new popular selling books; Right Now Enough Is Enough: Overcoming Addictions & Bad Habits and The Madonna Complex, and more than 800 magazine articles. Sacco is an award-winning lecturer at universities in both the USA and Canada, specializing in relationships, criminal psychology, addictions, and mental health. He is also a frequent resident expert on several television programs and appears regularly as a guest expert on many news talk radio shows in the USA (FOX, ABC, CBS, Iheart, Coast To Coast, Global News, Reader’s Digest  etc.), as well as hosting the weekly radio show “Matters of the Mind: Managing Relationships and Mental Health.”  He is also an award-winning executive producer and host of documentaries on relationships, psychological issues and child issues. You can learn more about him, or download free books at www.petersacco.com or www.bullyingisforthebirds.com