Experiencing Aloneness and Its Opposite 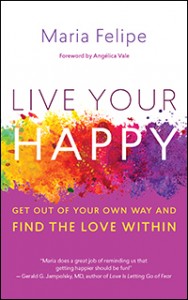 An excerpt from Live Your Happy by Maria Felipe

Before she was an author and a minister, Reverend Maria Felipe was an actress, a model, and a TV host with a fabulous French boyfriend. She appeared in national commercials, was the first ever Latina boxing announcer, and interviewed World Wrestling Federation competitors in front of audiences of twenty thousand people. People Magazine in Espanol even referred to her as “Una Campeona Sin rival,” which means a champion without rival. But through it all, she felt insecure, unworthy, and downright miserable.

All that began to change when she began to study a book called A Course in Miracles (ACIM), and eventually went on to get her ministerial certificate from an ACIM school known as Pathways of Light.  “This self-study spiritual thought system helps students develop a relationship with the ‘internal teacher’ it calls the Holy Spirit, which in turn helps us change how we see the world on a daily basis,” writes Maria. “This ‘shift in perception’ is what ACIM calls a miracle.”

In Live Your Happy: Get Out of Your Own Way and Find the Love Within (New World Library, April 22, 2017), Maria shares more than twenty years of experience studying and living the principles from ACIM. This is not a philosophic explanation of the Course. It is a practical, hands-on guide for actually living it.   We hope you’ll enjoy this excerpt from the book.

I became a host for the World Wrestling Federation after winning an audition over five hundred other young women. You would think I would feel so happy: ¡Gracias Dios mío! This is the gig of a lifetime, national TV and such a prestigious company….But I was in the middle of the depression I described above; I was a hot mess, and I still got the job! Sometimes we create experiences to feed our growth, and we don’t necessarily have to be in a happy place to manifest them. There was a reason for this job, and I was going to have to live it and learn from it.

I did learn — by suffering a lot. Because I had no sense of an inner companion to bear me through difficulties, I felt as if I was not worthy of the job, even though I won a tough audition. I was insecure about my Spanish because my accent is Cuban, and Mexican is preferred on Spanish TV. On top of that, WWF shows were filmed live, meaning that any mistake I made would be seen live by thousands. On my very first show, I remember going down the ramp in front of twenty thousand people while I listened to an earphone as the director told me, “Maria, get out there and interview the wrestlers next to the ring, then come back up the ramp with them.” It felt like mi corazón was coming out of my chest!

This was such a challenge, not because of the job itself, but because I thought I had to succeed all on my own. I went on to do fifty episodes and worked with such amazing talents as El Hijo del Santo, Negro Casas, Papi Chulo, The Rock, Stone Cold Steve Austin — and, let’s not forget, a midget wrestler named Mini Max, who was my scripted love crush on the show. Despite all the attention and seeming success, my almost paralyzing insecurities continued throughout this amazing gig. I spent a lot of time on tour in my hotel rooms getting on my knees, praying to God, and reading the Bible.

Looking back on all that, I recognize that sometimes our deepest pains bring us closer to God so that we can learn and grow. With spiritual maturity, I have discovered that I can learn through joy, without the need for so much pain.

In early 2012 I was asked to start the Spanish ministry at Unity Burbank Center for Spiritual Awareness in California. At first I was a bit scared, thinking: I don’t know how to run a ministry, and I am not even a minister yet. I wasn’t set to be ordained until November. Even though I was anxious, I was open and willing to hear that still small voice within me that said yes! So I stepped into the position and began to create a program and find musicians. I would constantly ask the Holy Spirit for help, and my goal was always to feel joy through the process. I am not going to say I did not feel nervous when I gave my first talk — although it quickly went away when I remembered: This is not about “me,” Maria the separated self who must be perfect. No, this time the opportunity was all about us — that is, an opportunity to extend love and remember that I am not alone.

Our suffering increases whenever our mind-set is self-centered, focusing on thoughts like what can I get, how can I get them to like me, how can I keep this job, and so on. In our struggle to “make a name” for ourselves, stake our claim, and prove our individual worth, we make the separation real and condemn ourselves to loneliness and misery. By contrast, when we regard whatever we’re doing as a kind of ministry — focusing on thoughts like what can I give, how can I be of service, how will my actions benefit everyone — then we will inevitably experience joy and happiness. Another way of expressing this truth is that all that is real is love. 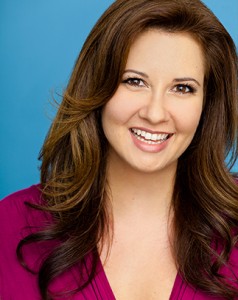 Maria Felipe is the author of Live Your Happy. After experiencing success as a model and actress, including hosting World Wrestling Federation TV shows, she felt called inward and studied to become a reverend at Pathways of Light, an accredited religious school inspired by A Course in Miracles. She leads monthly services in both Spanish and English at Unity Church in Burbank, CA. Visit her online at www.MariaFelipe.org.

Excerpted from the book Live Your Happy: Get Out of Your Own Way and Find the Love Within. Copyright © 2017 by Maria Felipe. Printed with permission from New World Library. www.newworldlibrary.com