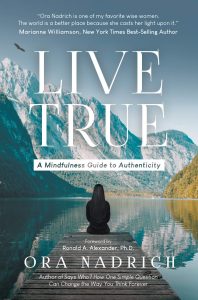 But above all, in order to be, never try to seem.

To thine own self be true,

And it must follow, as the night the day,

Thou canst not then be false to any man.

Who are you really, if not who you really are? That may sound like some kind of Zen koan, which is a paradox, or a puzzle for Zen Buddhist monks to meditate on to gain enlightenment. Perhaps we won’t reach enlightenment by contemplating that question, but we can certainly find out who we are by knowing who we’re not. If we ask ourselves, “Who am I?” we will automatically answer with our name, or what it is we do for a living, our role, or our persona, such as “I’m a mother,” “I’m a doctor,” “I’m an actor,” “I’m a carpenter,” or even, “I’m an addict.” We may be any one of those things, or a combination of them. But unless we know who we are other than just our “identity,” or what we do, we might not know whether we’re

being true to ourselves, or authentic in whatever identity we’ve taken on. Maybe somewhere in your role as a mother, you’re conflicted about having given up a career to be a parent, or maybe torn about working and leaving your children at home or daycare. Or, maybe if you were/are an addict, you were once on top of the world but lost confidence in yourself at one point in your life, and couldn’t handle failure so you numbed yourself with drugs or alcohol. Or maybe you became a doctor because it was expected of you to be one since you come from generations of physicians, as I spoke about in the previous chapter on honesty. Who we are might not be what we wanted, or intended to be at all, but we’ve been that person for so long, who would we be otherwise? Some people just fall into being who they are, or inherit being who they are, or are told to be who they are. Others knew who they wanted to be when

they spoke their first words. But whether you announced your identity at your first dance recital, or you smiled compliantly when your father announced at your Bar Mitzvah that you were going to be a lawyer just like him, somewhere on the “Who am I?” train, you woke up and realized that you got on the wrong one, became inauthentic to yourself, and don’t know how that happened. There’s a great song by The Talking Heads, called “Once in a Lifetime,” which really sums it up:

Living in a shotgun shack

In another part of the world

Behind the wheel of a large automobile

And you may find yourself in a beautiful house

With a beautiful wife

And you may ask yourself, well

How did I get here?

It’s very conceivable that you can wake up one day and ask yourself, “How did I get here?” A good way to avoid that from happening is to ask yourself, “Who am I?” long before

you end up somewhere you really don’t want to be, or flummoxed by how the hell you let yourself get there. Mindfulness helps us not forget who we are. It keeps us present and aware, and if, or when we might feel an impulse to be inauthentic, it reminds us immediately that falseness of any kind feels wrong with every fiber of our being. When we’re mindful, we have heightened awareness, and with heightened awareness, it’s hard to be dishonest with ourselves. It’s like having an inner lie detector, as I’ve spoken of, or truth barometer that goes off inside us, and makes it almost impossible not to pay attention to it. Even if someone is suggesting what we should do, or who we should be, as I mentioned, we get a signal loud and clear that no one can decide who we are, and only we can determine our authenticity.  But whether you decided who your authentic self was long ago, somewhere on the life path you can either forget it, doubt it, turn away from it, give it away, or even make a decision that you dislike or hate who you really are, and deny ever being that person. It’s like an identity swap, only instead of taking on a role that isn’t you because you felt you had to, you gave your authentic self away gladly, and after living so long as someone you’re not, you’re now desperately looking for who you are, like a mother trying to find the baby she gave up for adoption. The good news is you can always find that person you once were, and when

you become reunited with your authentic self, it can be the greatest and most freeing day of your life. it’s not easy living a life trapped in inauthenticity, and it takes work to pretend to be someone we’re not. It can also be very painful to be seen, liked, or even loved for a false self, and terrifying that if, or when you’re found out that you’ve lived dishonestly, not only can you be met with tremendous anger and resentment, but you can also be blamed or accused for harming others in some type of way, be it emotionally or psychologically. 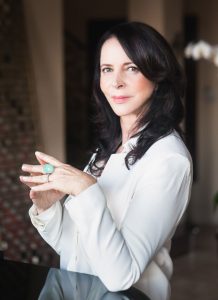 Ora Nadrich is founder and president of the Institute for Transformational Thinking and author of Live True: A Mindfulness Guide to Authenticity. A certified life coach and mindfulness teacher, she specializes in transformational thinking, self-discovery, and mentoring new coaches as they develop their careers. Learn more at theiftt.org and OraNadrich.com.