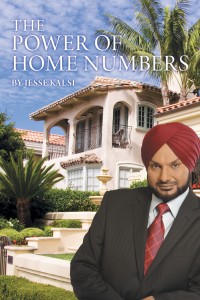 “Numbers are alive and are represented by planetary energy. They have a direct impact on our success, health, happiness and prosperity.”

There are several different kinds of numerology; each has its particular strengths. However, even the best system is worthless without clear and consistent interpretation relative to the issues at hand. With clarity, insight, and compassion Jesse has consulted with individuals regarding their personal and business lives.

I use the term “AstroNumerology” because I associate numbers with planets, which are astronomical bodies. AstroNumerology is not about adding numbers up; it is about looking at each individual number, since each represents a particular planet, and considering the totality of the number’s own “planetary system.” Each planet is further associated with different precious & semi-precious gems, colors, and the basic relationships of planets within the Solar System.

Adding a certain number to improve a vibration for a home or business (“patching”)* is like adding the energy of another planet to a home or business. Most homes or businesses are patched very specifically, based on the type of business or the date(s) of birth and names(s) of the person(s) living in the residence. In the Vedic tradition, numbers are also related to the four elements, which correspond to the cardinal points. Since I grew up in India, I was surrounded by Vedic traditions, including Vedic numerology. However, I use the following correspondences between numbers and planets:

Many traditional Vedic numerologists just add numbers up until they achieve a single-digit result and work with the characteristics only of that number. A home address of 2733 would thus be 2+7+3+3 or 15, then 1+5, or 6. The Vedic numerologist would then consult on the characteristics of the number 6 with the client. However, AstroNumerology takes all the planetary energies present in an address into account. Using the same home address, we see that 2733 has the Moon, followed by Neptune, followed by two Jupiter’s. These planets move about each other in a Venus vibration. All five of these planets (remember, two Jupiter’s!) must be considered.

Let’s look at a well-known address: 1600 Pennsylvania Avenue, Washington, D.C. Many traditional Vedic numerologist would add this up to a 7 (1+6+0+0) and consult with the client about the number 7 alone. In AstroNumerology, the number 1600 represents the Sun and Venus moving about each other in a Neptune vibration. The two zeroes amplify, for better or for worse, the energies represented by all three planets. The Sun and Venus together on a home address have a discordant energy. This combination also brings in confusion, deception, and miscommunication. One must be careful while close to a fire, whether in a fireplace or the kitchen, because accidents could easily happen near the flames.

If 1600 were a business address, it could be extremely profitable, depending on the kind of business. Food, music, and technology are three business’ which could flourish in such a number. Unfortunately, diplomacy and policy are not enterprises that flourish in this vibration, as many United States Presidents have discovered to their dismay. The number 1600 is also destructive of personal reputations and personal growth.

The Power Of Home Numbers

“Our old house was smaller, but much happier than this one. My husband’s job was more fulfilling and our children were joyful. We moved to this house, and…what happened?”

This question and others have been posed to Jesse Kalsi over the past two decades. His experiences in helping people improve the relationships under their roof are outlined in The Power of Home Numbers.

The Power of Home Numbers is a unique presentation of how your date of birth, home address, and name work (or don’t) in your favor. Moving to a “better” house can sometimes backfire in unexpected ways.

Drawing on Eastern and Western numerological traditions, Mr. Kalsi explains the energies of the numbers 1 through 9, discusses the significance of 0, and presents numbers as they appear in residential addresses. Each number signifies a specific planet, e.g., 6 represents Venus; thus, an address including a 6 involves the relationships of the resident(s) with Venus. This system, “AstroNumerology,” is used for business success by professional athletes, businesspeople, and celebrities in the media world.

The Power of Home Numbers analyzes combinations of birthdates and personal names, residential addresses, and their planetary energy so that the reader becomes aware of their inter-connection. Where an address is unfavorably aspected, Mr. Kalsi explains how he has used Number Patching™ to elevate the resonance of the address.

All analyses preserve the privacy of involved individuals; the only true names are in the chapters involving world affairs.

To understand why things are perhaps not working as well in your current home as they did in a previous dwelling, look to The Power of Home Numbers for enlightenment.

In addition to the home numbers being in tune with the occupants (the subject of my first book), it is extremely important that the business name vibrations be in sync with the owner’s name and the business address, based on the owner’s personal energy. In my experience, I have realized that these two vibrations – name and home – must vibrate positively for success and prosperity. Precious gems like blue sapphire, ruby, diamond, yellow sapphire, cat’s eye, pearl, amethyst, red coral, and emerald can also be used to bring good luck and more opportunities based on the owner’s personal energy.

Besides home numbers, name numbers, and the use of gems, bank account numbers to draw the energy of wealth, telephone numbers to bring positive information, and car registration numbers are some other examples that should be considered very carefully. Numbers correspond with colors, too: by knowing one’s basic numerology, the right colors can be used to enhance the well-being and draw the right spiritual energy.

It is also extremely important that the energy of homes be cleared on a regular basis. Many techniques, like burning sage, repainting the interior, removing old drapes, and dowsing, help in keeping the numbers vibrating positively.

The success of a business is greatly dependent on the business’s name with the right numerological vibration and a positive business address. Different kinds of businesses have different kinds of energy; for example, a food business works well with the Moon (#2) and Neptune (#7), real estate with Saturn (#8), and communications and the media with Mercury (#5). It is also extremely important that the business be born at an auspicious astrological time.

Numbers play a very important part in the buying and selling of real estate. Having been in the real estate business myself for 15 years, I have realized that certain numerologies always pull money while other numbers constantly drain cash and bring health challenges and other personal problems.

The name “Microsoft” has the energy of Jupiter, the largest planet, the energy of wealth and expansion; an excellent name that has brought Microsoft financial success and a huge global presence. The address (One Microsoft Way) and Bill Gates’ date of birth (October 28, 1955) work to the great advantage of Microsoft. There couldn’t be a better combination than the #1 and #4 coming together here: #4 and #1 act like a mirror image of each other. The Sun + Uranus are magical.

Apple, at 1 Infinite Loop, Cupertino, CA, is represented by the mighty Sun (the #1 in the street address) and by Neptune (#7 represented in the name “Apple”), a very mysterious kind of planetary energy. The Sun and Neptune flow in harmony; they’re very compatible energies, and this is one of the many reasons Apple has become a global company. For additional Sun influence, one need only look to Steve Jobs’ date of birth-February 24, 1955-and see that it’s an additional Sun-influenced day. Two Suns working together bring the success Apple has experienced, in harmony with its name.

The Importance of Jersey Numbers in Sports

Over the years, I’ve observed that jersey numbers vibrate very powerfully for the players who wear them. These numbers need to be in sync with the players’ names and dates of birth for the player to maximize his potential for success.

In India, where cricket is a huge interest and players also wear player numbers, numerologists are consulted before a player is assigned a number. This is because the number must vibrate with the player’s personal energies. Even in individual sports (for example, tennis or golf), an athlete’s date of birth and publicly known name will vibrate either to help or hinder the athlete.

In June 2005, NFL running back Clinton Portis agreed to pay $18,000 to former Washington Redskins teammate Ifeanyi Ohalete to avoid a trial between the two players. When Portis had been traded to the Redskins by the Denver Broncos in 2004, he wanted jersey number 26, which he had worn for two seasons at Denver. However, Ohalete was already wearing 26 for the Redskins. After discussions, the two players agreed that Ohalete would give Portis the number 26 in exchange for $40,000 and would wear number 30 instead. Clearly, jersey numbers mean a lot to their wearers!

Jesse Kalsi is a world-renowned numerologist. He specializes in residential, business, and sports numerology and provides valuable insight on the power of numbers and how they affect our lives. In his book, The Power of Home Numbers, he combines his Eastern upbringing with his Western experience to bring awareness and understanding of this phenomenon.

Over the past 20+ years, Jesse has consulted thousands of people and affected their lives positively. His clients include prominent business people and extremely successful communication and entertainment companies. Jesse Kalsi has appeared on many radio and television shows in the U.S., and his unique perspective on Numerology has amazed his audience. He lives in Northern California with his family.

More information is available at http://www.jessekalsi.com.