Many years ago I came across a book called “How To Meditate”written by Lawrence Leshan. In his book Mr. LeShan gives instruction on several different types of meditation, structured and non-structured. Two comments that he makes in the book have stuck with me for over 30 years.

The first, “If our bodies were as undisciplined as our minds, we’d never make it across the street alive.”The second, “It takes 21 days to make a habit and 21 days to break a habit.” Meditation is designed to get and keep control of the mind. Control your mind, control your life…right?

It’s taken decades and decades, but modern society seems to have finally embraced the benefits of meditation.  People who meditate are generally more centered and less likely to be thrown off their mark by unforeseen or difficult circumstances. The physical benefits are astounding. Blood pressure begins to regulate itself, the body and mind relax and the breath gets steady and deep.

So why don’t more people meditate? 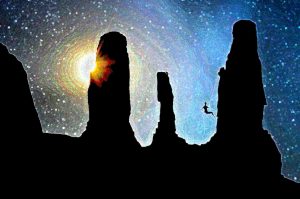 Because it just isn’t easy. The mind has a monkey in it. And that crazy critter loves to run and jump from branch to branch, never staying in one place for too long. The hardest thing about meditating is to get control and settle the monkey mind.

When first beginning to meditate, most of us find that we can’t stay focused for even a few seconds. For an adult that’s a very frustrating experience. It exasperating and tremendously uncomfortable, so we just give up. There are also a million excuses to not sit down in the first place. At that point we either walk away completely, or it sits in the back of the brain like Mom wagging her finger at us naughty children who don’t do what we’re supposed to do and we just live with the nagging feeling that we’re never getting anywhere with it.

I can tell you from experience that there’s nothing like meditation…nothing. It does everything it’s touted to do. But, it’s still hard to get into the habit. Once you do, everything changes.

Meditation is like food, but food for the soul. We would never consider starving the body but think nothing of starving the soul. There’s a little secret in this that’s pretty important.  No matter how much we feed the body, it eventually dies and no matter how much we starve the soul, it lives forever. That’s how mighty your soul is. But in order for the soul to progress and grow it needs to be fed too. In order for the inner self to blossom it needs attention and it can’t get attention from anything on the outside.

So what’s any of this got to do with rock climbing?

I know people who love to rock climb. At first I thought it was one of those over the top, gut wrenching, body busting forms of exercise. I watched some videos of folks hanging on the side of a cliff and found myself holding my breath. Hopefully they weren’t holding theirs. Then I came across a view articles about how rock climbing gives the participants strength and great mental focus. As I investigated further, I found some rock climbers using the word “meditation” to describe their experience. 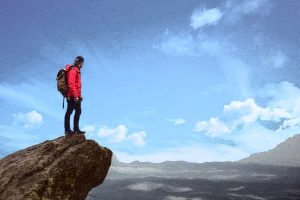 One rock climber expressed that when you’re high in the air, pressed up against Mother’s Mountain and don’t really know which way to go, it’s just not an option to think about anything except that moment. 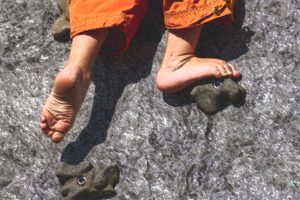 She said it was all about experiencing the oneness between the physical, mental and spiritual.

Meditation whether moving or still is something that one must experience alone. Even if you’re in a room with others, it’s all about the internal process.  You’re on the inside at that point and free to experience everything that’s there. It’s your time, your space and your journey.

I have a new and greater respect for rock climbing now. And I understand why those that love it MUST keep doing it.

Don’t give up on meditation. You deserve the peace and power it infuses into all who drink at it’s unending and ever giving well.

Find a style that suits you. Moving or Still. 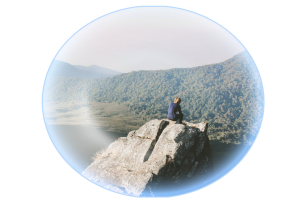 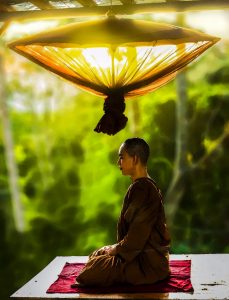