“TO THE RESCUE AGAIN, COMES A HUMAN’S BEST FRIEND”

Its remarkable how many ways can our canine friends serve us. Dogs are so adaptable and want so much to please. They guard our homes and our children. They protect and defend with law enforcement and soldiers around the world.

Dogs love us, cuddle us and give needed emotional support when times are really tough and they seem to know what we need and when we need it. 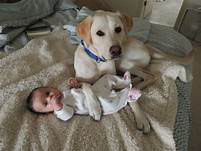 We take them into hospitals and old folk’s home to bring joy and healing to those that are trapped in pain, loss and suffering.

I read a story of a little dog who was hiking with her human Dad when Dad lost his footing and tumbled down an embankment and landed face down in a stream of water. He was an epileptic to begin with and his sweet little dog was trained to know when a seizure was coming. What she wasn’t trained for was how to save him from drowning. She wasn’t “trained” but she knew.

This blessed furry angel ran down the embankment and placed her head under the water, lifting her human Dad’s head up so that he could breathe. He was unconscious. She stayed like that until nearby hikers found them and came to help.

The little dog sustained brain damage as a result of having her head under water for so long, but she saved her beloved human. He in turn loved and provided for her until her passing. 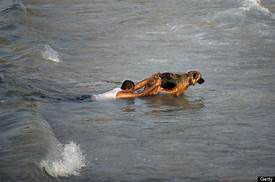 Dogs are intuitive creatures. They’ve spent hundreds of year with us, silently watching, knowing and waiting patiently for our attention. They cannot speak our language but somehow they adapt to what we need. Whatever we try to teach them, they try to learn.

I adore my dogs, past and present, as I’m sure you do.

But now there is another way in which our best buddies are serving the planet and us. Dogs are now being used to sniff out endangered species like jaguars in the Amazon or the Black Bears of China. Researchers can then track and save them.

There is a UK based organization called Working Dogs For Conservation (WDFC).

Their website says, “We train the world’s best conservation detection dogs & put them to work protecting wildlife and wild places. We do it to save the world. They do it for the love of a ball.”

I say they do it for the love they have for us.

Working Dogs For Conservation save wildlife by first saving a dog. 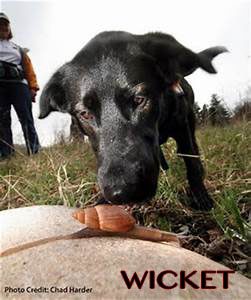 For example: Wicket. They found Wicket in a shelter. The shelter said she was crazy and they didn’t want her. WDFC said, “She’s just the right kind of crazy for us.” Wicket is now considered one of the world’s finest conservation detection dogs.

Bless them and bless Wicket.

WDFC is taking dogs out of shelters and giving them purpose and lots of love.

A dog can detect scents in parts per trillion and walk over virtually any terrain. No need for batteries or electricity and they give immediate results. No waiting for instrument readings or lab testing to come back. And they do it with a smile and wag.

These peppy pooches helped map the movements of the cougar, wolf and bear in Montana. No drugging, trapping or radio tagging. There was nothing invasive in there movements. Their findings were later used to protect a critical habitat corridor and the wildlife was completely undisturbed in the process.

Projects that WDFC presently have in place are: 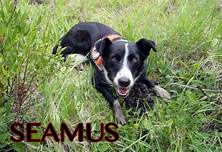 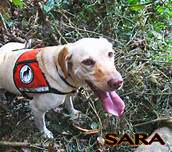 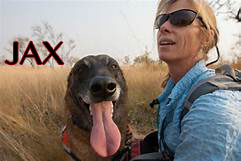 This is a very impressive organization. The team of highly educated experts obviously thinks way outside the box. They reach far, their touch is deep and the result is a total win/win.