“THE EYE OF THE STORM”

“Our own life has to be our message.”

How many of us are waiting for something to happen so that we can be happy?  It’s a malady that has haunted humans since time immemorial. Bookshelves are full of books and magazines heavy with articles about mindfulness/centeredness and the benefits thereof.

Ancient philosophies have done their best to infuse us with the concept that we are in charge of our reactions to everything and that we have a choice in how we allow circumstances to affect us.

In the 20thcentury, the subject of mindfulness became popular with mental health professionals and physicians began to notice the difference in the physical health of their patients who sought out ways to balance themselves and lead a more centered life. 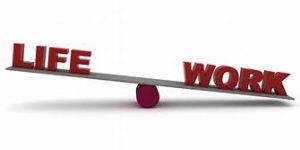 Science has finally embraced what sacred, ancient texts have been teaching for thousands of years.

I ran across a YouTube video about a man everyone knows as Slomo. His story is fascinating.

Slomo was once an accredited Neuologist named Dr. John Kitchin. He tells a story of success and money and then the extreme physical and mental fatigue that came with his accomplishments. Among other things, he began to lose the ability to recognize faces.

That’s when he gave it all up for a nice pair of rollerblades and the Pacific Beach Boardwalk.

Every single day, he can been seen, pretty much all day, rollerblading up and down the boardwalk…very, very slowly. He slides along on one foot with the other leg stretched out behind him and his arms out like a bird gliding with the wind. His body is perpendicular to the ground. 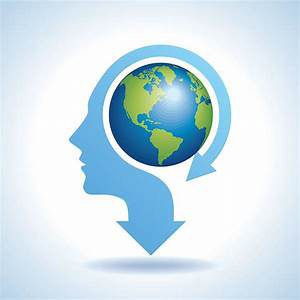 the body is moving and perpendicular.

When he first arrived on the boardwalk people thought he was mentally ill or perhaps brain damaged. But no one could resist his enthusiasm. He always has a smile a mile wide on his face. There is no mistaking his unmitigated joy.

Slomo is a centered being. How he came upon the idea of moving in the way he does to achieve such elation, I don’t know.

I think the thing that inspired me so much in his story was how organic it is. Slomo isn’t doing anything that someone else told him to do to achieve happiness. He put himself into a position to be able to find what he needed and then he grabbed it.

With all of the material out there about mindfulness and living a centered life, one could become very confused or even disillusioned at the prospect of wading through it all. What if it doesn’t work for me?

There is an answer to everything in the Universe. We may not know the answer right this minute, but if we are willing to look, it will reveal itself.

For me mindfulness presents itself through meditation and study. I love spiritual subject matter. I love to hear it and read it and experience it. I achieve the best of myself in those places and then make every 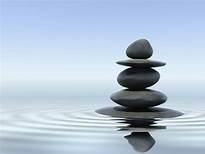 effort to infuse that into the everyday machinations of my life. It reminds me that I’m connected to a greater mind and I relax and behave better toward others and toward myself.

Slomo said to find something that connects you to God. Whether or not you believe in God, please contemplate the notion that you are connected to something grand and pure. And then don’t stop until you achieve the absolute knowing of it. However long it takes, the gain is worth the wait, because that’s where the center is. That’s the eye of the storm.

Whatever you achieve here on the physical plane is what you did. The way you’ve walked through life is who you are and what goes with you.

So as Thich Nhat Hanh has said, “Your life has to be your message.”

Make your message a well-lived and centered existence.