The Warrior’s Way No ratings yet.

The Warrior’s Way stars Kate Bosworth, Geoffrey Rush and Don-gun Jang.  Set in the wild west, I’m not sure how to classify this movie.  It’s a western, but it’s also got a bunch of ninjas, and it’s kind of like a video game come to life in a lot of ways.  A warrior/assassin hides out in a small circus-type town after he refuses an assignment.  He takes with him a little baby that he rescued. The baby is totally adorable!  The warrior teaches Kate how to fight, so that she can get revenge on the bad guy who killed her parents.

The movie is all over the place – from one big fight scene to the next.  Lots of violence, blood, swordplay. I think teen boys might get into it, but that’s a pretty narrow audience. 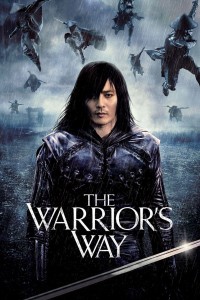