Martian Child No ratings yet.

John Cusack stars as the widower who takes in a troubled child.  John is a science fiction author, a little eccentric and a little sad, which makes him the perfect foster parent for Dennis, a quirky and damaged little boy in much need of acceptance and a loving home.  The title comes from the fact that Dennis insists he is from Mars.  And there are times when we might just believe him!  Joan Cusack is John’s sister, nice casting choice – she’s wonderful and funny and very real.  Amanda Peet is the love interest, his sister-in-law who really “gets” him.  It’s warm and sweet, a little corny at times, but it tugs at your heart.  And it has a happy ending. 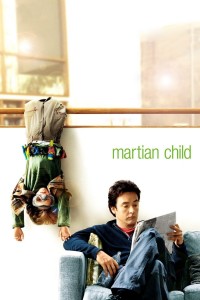 A science-fiction writer, recently widowed, considers whether to adopt a hyper-imaginative 6-year-old abandoned and socially rejected boy who says he's really from Mars.

A science-fiction writer, recently widowed, considers whether to adopt a hyper-imaginative 6-year-old abandoned and socially rejected boy who says he's really from Mars.

Tagline: It doesn't matter where you come from, as long as you find where you belong!
Genres: Drama