Marie Antoinette No ratings yet.

Sofia Coppola directs and Kirsten Dunst stars in this fun and refreshing version of Marie Antoinette. This is a must-see for teens, it’s a great way to learn a little history. The costumes and sets, hair and make-up are absolutely spectacular – it’s worth going just for the eye candy. the dialogue is contemporary, the story is easy to follow and understand. There are scenes that reminded me of “Clueless” – teen girls gone fashion crazy. Jason Schwarzman is Louis, the reluctant teen groom. Clearly these two young people are ill-prepared to rule, and things get out of hand quickly. But what is remarkable about the movie is how we see things from the ruler’s point of view. They were so isolated, and really ignorant, about what was going on in their own country. Their priorities were the same as any young person – partying and playing. And no one encouraged them to do anything else. France was falling and they were unaware, until it was too late. The character arcs are well drawn. The only thing I didn’t like about the movie was the ending. I wanted more resolution. But then I was tempted to go on the computer and find out the rest of the story myself, and maybe that was exactly what the director intended. 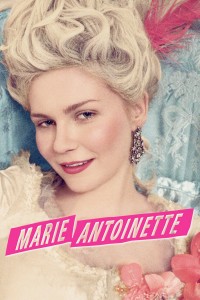 The retelling of France's iconic but ill-fated queen, Marie Antoinette. From her betrothal and marriage to Louis XVI at 15 to her reign as queen at 19 and ultimately the fall of Versailles.

The retelling of France's iconic but ill-fated queen, Marie Antoinette. From her betrothal and marriage to Louis XVI at 15 to her reign as queen at 19 and ultimately the fall of Versailles.