Last Holiday No ratings yet.

I love Queen Latifah – she’s so fun to watch, she’s so comfortable in her own skin – she’s talented and beautiful and real! This movie must have been written just for her, she’s in every scene and she carries it off with ease. In a way “Last Holiday” is kind of a Cinderella story, where Cinderella romances, and finds, herself. It’s over the top, and silly and fun – there are times when I would love it if she would break out in song! You know there’s a happy ending, so there’s no real conflict… it’s all tied up neatly with a bow. 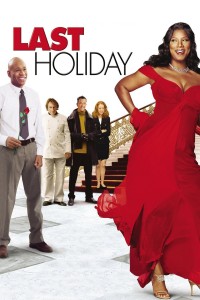 After she's diagnosed with a terminal illness, a shy woman decides to take a European vacation.

After she's diagnosed with a terminal illness, a shy woman decides to take a European vacation.

Tagline: She always thought she was somebody special... and she was.
Genres: Adventure, Comedy, Drama