Charlie and the Chocolate Factory No ratings yet.

There are bound to be comparisons to the Gene Wilder movie “Charlie and the Chocolate Factory,” which many of us parents saw as kids the first time around. And it’s nice that there are some things in this new version which kind of pay tribute to the original. But this film stands on its own merits. Tim Burton directs, and I’m a big Tim Burton fan. He’s got this quirky take on things that’s so unique – so visually compelling. You can really tell a “Tim Burton” film by it’s look and feel, he has his own signature that no one can copy. Burton reunites with Johnny Depp, who plays Willie Wonka. It’s a character that Burton seems to relate to, and embrace, and one that Depp brings to life vividly. Freddie Highmore, who appeared with Depp in “Neverland” plays Charlie very sweet and naturally – this kid is a fine actor. The movie is colorful and fun and a visual treat. There are lots of surprises, almost as if the filmmakers are kids in a candy shop with this one! I had a great time in the audience, and I can happily recommend “Charlie” for the whole family. 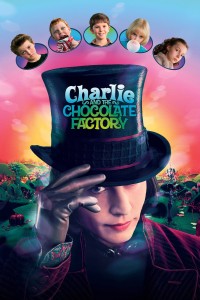 Charlie and the Chocolate Factory (2005)

A young boy wins a tour through the most magnificent chocolate factory in the world, led by the world's most unusual candy maker.

A young boy wins a tour through the most magnificent chocolate factory in the world, led by the world's most unusual candy maker.