Beowulf No ratings yet.

If you’re going to see Beowulf, see it in 3D – it’s pretty cool how they did the movie that way, it made it much more interesting. Basically I wasn’t much looking forward to seeing Beowulf – it kind of seemed like a video game come to life, animated violence and monsters – not really my thing – but when it was all over, I have to say it really wasn’t that bad.

Robin Wright Penn is the Queen. Anthony Hopkins is the King. Ray Winstone is Beowulf, the new guy in town who comes to kill the monster. And, believe it or not, Angelina Jolie is the monster’s mother! Beowulf is based on the old Nordic poem, and I wasn’t familiar with the story, but I know that it’s one of Freddy’s favorite books.

For teen boys, they’ll probably really love it. Girls, I don’t think so. Kids under 10, no way. 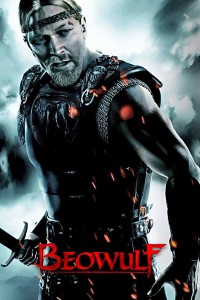 An epic tale concerning a 6th-century Scandinavian warrior named Beowulf and his mission to slay the manlike ogre Grendel, a descendant of Cain.

An epic tale concerning a 6th-century Scandinavian warrior named Beowulf and his mission to slay the manlike ogre Grendel, a descendant of Cain.