How Probate Can Get Expensive 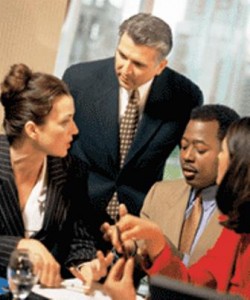 There are many reasons to want to avoid probate for your estate. One of them is that probate can get very expensive. One doctor’s bill in a case in New Hampshire illustrates just how expensive.

The story of Geraldine Webber’s estate has been followed closely on estate planning blogs. The basics are that Webber was an elderly woman who met an on-duty police officer named Aaron Goodwin. Although Goodwin had a wife and children and was much younger than Webber, it appears that she became enamored with him.

She rewrote her will to leave Goodwin a $2 million inheritance.
The will was challenged by a group of Webber’s friends, two hospitals, a city and a school on the basis that Goodwin had unduly influenced and taken advantage of her. The challengers won the case.

However, as Seacoast Online reports in “Doc charged $70K for losing testimony in cop’s inheritance case,” testimony from one witness came at a steep cost for the estate.

A doctor, who was hired by the estate to serve as an expert witness, concluded that Webber was competent and not suffering from dementia at the time she signed the will.

The doctor, who reached his conclusion by reviewing medical records and visiting Webber’s home, had never met her. For his services to the losing case he is asking to be paid $70,120 by the estate. A judge will have to approve the amount.

That is how probate can get so expensive.

The testimony of one expert witness for the losing side can cost $70,000. Imagine if there had been other expert witnesses and not just the one.

Of course, while the judge may not approve the bill for the amount asked, the doctor will certainly receive a substantial amount from the estate.

Visit our website at www.ssslegalconsultancy.com to set up a complimentary consultation.