Weird, unique, quirky, unusual, maybe even kooky, definitely batty – that’s Austin for you. We had quite a day.

On
our 10K (6.2 mile) walk today it seemed something quirky or unusual was
around every corner. There will be a lot of photos and you can judge
for yourselves if you think Austin packs a lot of surprises. 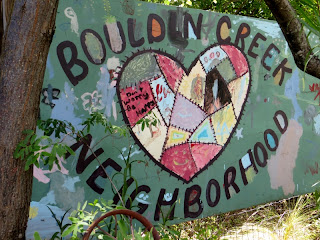 Extended
Stay Suites on South 1st St at Barton Springs Rd. was our start point.
Within a few blocks, our route took us on Dawson Road where we had the
option of walking on the street or hiking through West Bouldin Creek
Greenbelt. We chose the Greenbelt. 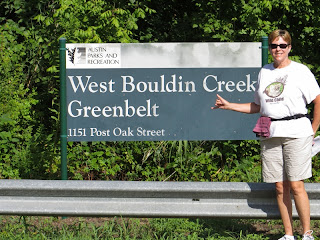 After the Greenbelt we hooked up with Dawson Road again, then started winding through many neighborhoods.

On our itinerary were libraries, parks, schools,
history of local architecture, churches, food trucks, SoCo (South
Commerce) and tattoo studios (no we didn’t get a tattoo). There were
beautiful flowering trees and shrubs along the way too. 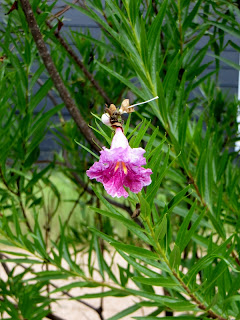 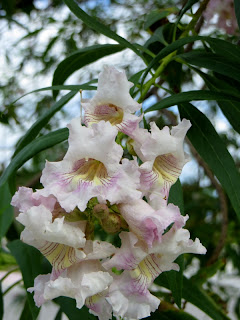 At greenpasturesrestaurant.com (Green Pastures Restaurant), peacocks have a home. There are also beautifully carved peacock sculptures. We even found babies. 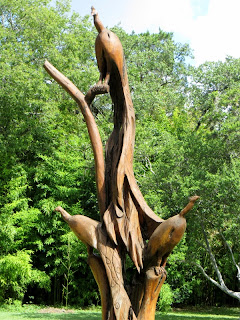 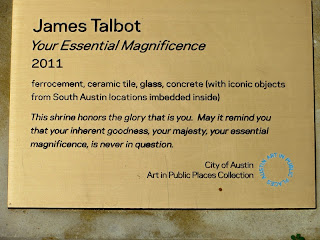 The
day was HOT and we were dragging. Nothing a good cupcake won’t cure.
Our next stop was Sugar Mama’s to have a cupcake in air-conditioned
comfort. I had a Pinup cupcake (vanilla with chocolate buttercream
frosting) and Bob had a mint chocolate chip bar (kind of like a
brownie). Delish! A good break from the heat and some quick energy too. 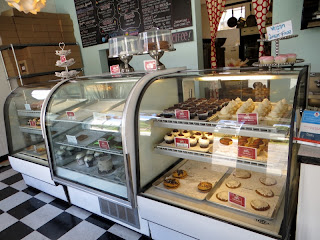 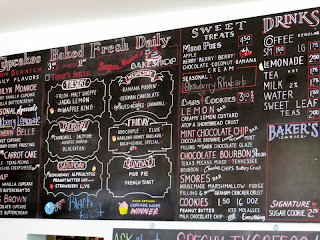 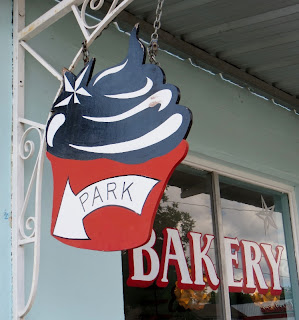 The houses in the neighborhoods we walked ranged from cubist to modern to common. 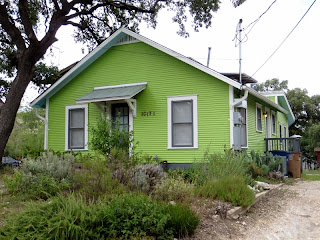 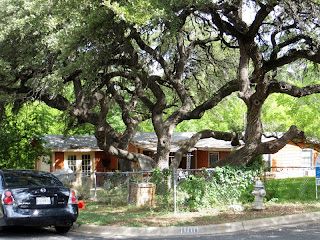 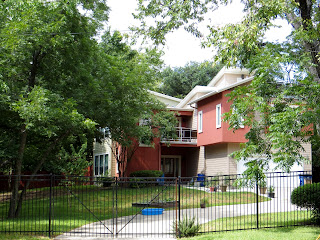 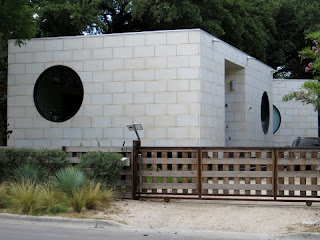 The
area that really pepped us up was SoCo (short for South Commerce). We
would describe SoCo as bohemian, hip, trendy, and fun. If you go, look
for food trucks in addition to traditional restaurants. 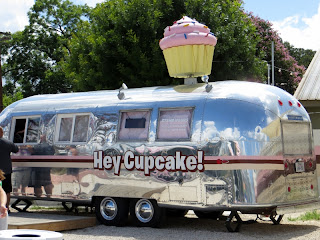 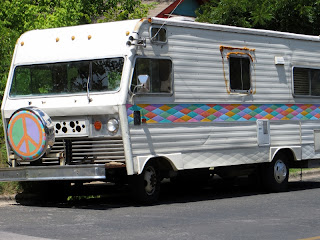 Lots of murals around the SoCo and 1st Ave. area. 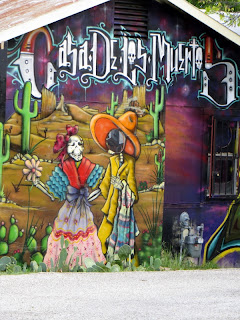 Roadhouse Relics specializes in making
authentic-looking relics. Even though everything in the store looks old,
it’s not. They sell well-made reproductions.

At the end of our walk, we needed some ↓↓↓↓↓↓. The heat really saps your strength. 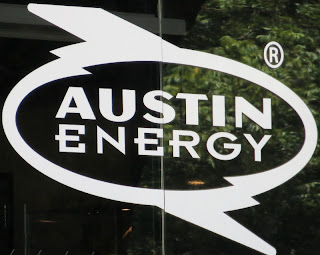 Driving
back to McKinney Falls State Park we saw this cool mural on a Chevron
station in town. It shows a number of reasons Austin is famous:  Stevie
Ray Vaughan, the State Capitol, the Colorado River, and bats coming out
from under the Congress Street Bridge. 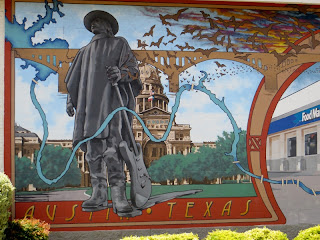 When we returned to the 5er we had lunch, then Bob called a special
phone number to find out what time the bats were estimated to fly out.
The window of probable bat departure was 8:15 to 9:15 p.m. We rested
until it was time to head downtown.

Our evening
included viewing bats flying out from under the Congress Street Bridge.
Austin, Texas, has the nation’s largest urban bat colony living under
the bridge, estimated at 750,000 bats.

We parked at the
Austin American-Statesman parking lot on the southeast side of the
Congress Street Bridge at 8:00 p.m. and walked along Lady Bird Johnson
Lake until we ca