Advance Directives/Living Wills are a Critical Component of Estate Planning 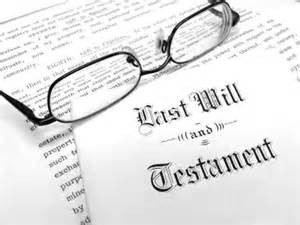 March 31, 2012 marked the seventh anniversary of the death of Terri Schiavo, the 41-year-old who succumbed after her feeding tube was removed as part of a very public legal battle between her husband and parents.

As you may recall, Terri Schiavo was in a coma for nearly 15 years after she suffered cardiac arrest and sustained a brain injury. Her husband, Michael Schiavo, alleged that his wife would not want to live in her incapacitated state; she had no written instructions in place.

Her parents, on the other hand, suspected that Michael had something to do with Terri’s collapse and argued that she valued life and would have chosen to be sustained. As you also recall, the Florida Legislature, then-Gov. Jeb Bush, and then Congress and President George W. Bush all intervened in this legal battle. While no one will ever know Terri’s desires, we can safely assume that she would not have wanted the acrimony that her condition created between her husband and parents.

The Terri Schiavo story highlights the critical need for clear instructions as to health care when the patient is unable to make those decisions for him or herself. A recent New York Times Editorial highlights a 2006 Pew Research Center poll , wherein only “22 percent [of respondents] said a doctor should always try to save a patient’s life, while 70 percent believed that patients should sometimes be allowed to die. More than half said they would tell their doctor to end treatment if they were in great pain with no hope of improvement.”

Notwithstanding these numbers, surprisingly “only 69 percent had discussed end-of-life care with a spouse; just 17 percent, or 40 percent of those over 65, had done so with their children.” Furthermore, only “one-third of Americans had a living will and even fewer have taken the more legally enforceable measure of appointing a health care proxy to act on their behalf if they cannot act for themselves.”

These statistics are particularly disturbing given that in less than 20 years there will be more than 8.5 million Americans over 85 — and roughly half will suffer from Alzheimer’s disease or some other form of dementia. (The full New York Times Editorial is available online at http://www.nytimes.com/2012/03/31/opinion/taking-responsibility-for-death.html#.)

Given that we are all likely to suffer from some form of disability during our lifetimes it is critical that we think through these issues carefully and that we prepare the legal documents necessary to effectuate our desires – so that our desires will be carried out even if we are unable to express them ourselves. This is one area where the help of counsel who focuses on these issues is especially critical.